A new chapter for Julie Shapiro

Below, in our People section, read news of Julie Shapiro’s move

Subscribe to Podcast Review — A free newsletter bringing you five great podcast episodes every week. Enjoyed by 8,000+ subscribers, including staff from NPR, Spotify, and The New Yorker.

Moves and hires - with The Creators, from Sounds Profitable

Sounds Profitable, in partnership with Edison Research, has put together the first credible study of the profile of podcast creators in America. This is an incredibly important benchmark in the history of podcasting and a data set that we intend to turn into a yearly franchise to track trends and changes in the creator space. Sign up to the webinar, free

Everything is a climate story. Founded by two veteran climate journalists in 2021, Post Script Media makes podcasts at the intersection of climate with culture, politics, business, tech, and more. Learn more about Post Script Media
From Post Script Media: In the latest episode of Climavores: You’ve read the bumper stickers: “Eat local” or 'Who’s your farmer?" But eating local is not a climate solution. Turns out, transport is less than 10% of food CO2. What does this mean for our feel-good trip to the farmer’s market? Hosts Tamar Haspel and Mike Grunwald dig in.
The last episode of Reply All - at least, as we know it - is now out and reviewed; though some could argue the last episode as we know it was in March last year. It features twenty minutes with the mysterious musician Breakmaster Cylinder, and finishes with a thank you from Alex Goldman to everyone who’s listened - “I’m gonna miss it, and I think the rest of us are too. Take care”.
Football Ramble celebrated its 15th anniversary this week with a two-part special looking back at the biggest moments of the show. With more than 2,000 episodes, the sports show has had 145 million downloads so far, and reaches 1.75 million listeners a month.
En Eaux Troubles claims it’s the first cold case investigative podcast on Spotify France. It covers a mysterious sinking in the English Channel, which some believe wasn’t just an accident. Emilie Denètre and Adèle Humbert from Insider Podcast investigate the case, and discover espionage, NATO military exercises, and more to the story that meets the eye.
My First Year on Aussie Soil is a new SBS podcast hosted by comedian and actor Suraj Kolarkar. As a youngster he moved Down Under from India and has been obsessed with immigrant stories ever since. Suraj delves into tales from people who have found their feet in Australia, sharing their hilarious first impressions, the highs and lows of life in a new country, and the perils of the Aussie accent.
A new series of Spectacle: True Crime from Neon Hum has launched today. A twelve-part series hosted by Mariah Smith, it explores our obsession with true crime. You can subscribe on Apple Podcasts to get the show ad-free.
Rewirement returns for a new season, after new research from Legal & General suggesting that two-thirds of British people are concerned about their financial future, and more than 11 million of them have put their retirement plans on hold. Hosted by Angellica Bell, the show offers guidance to plan for the long term.
The second season of Play Next launched this week - a music discovery podcast that uncovers pioneering, innovative and groundbreaking new music. Presented by Edith Bowman, it features full tracks from some of the best breakthrough acts, artist interviews and conversations with people shaping the music industry. 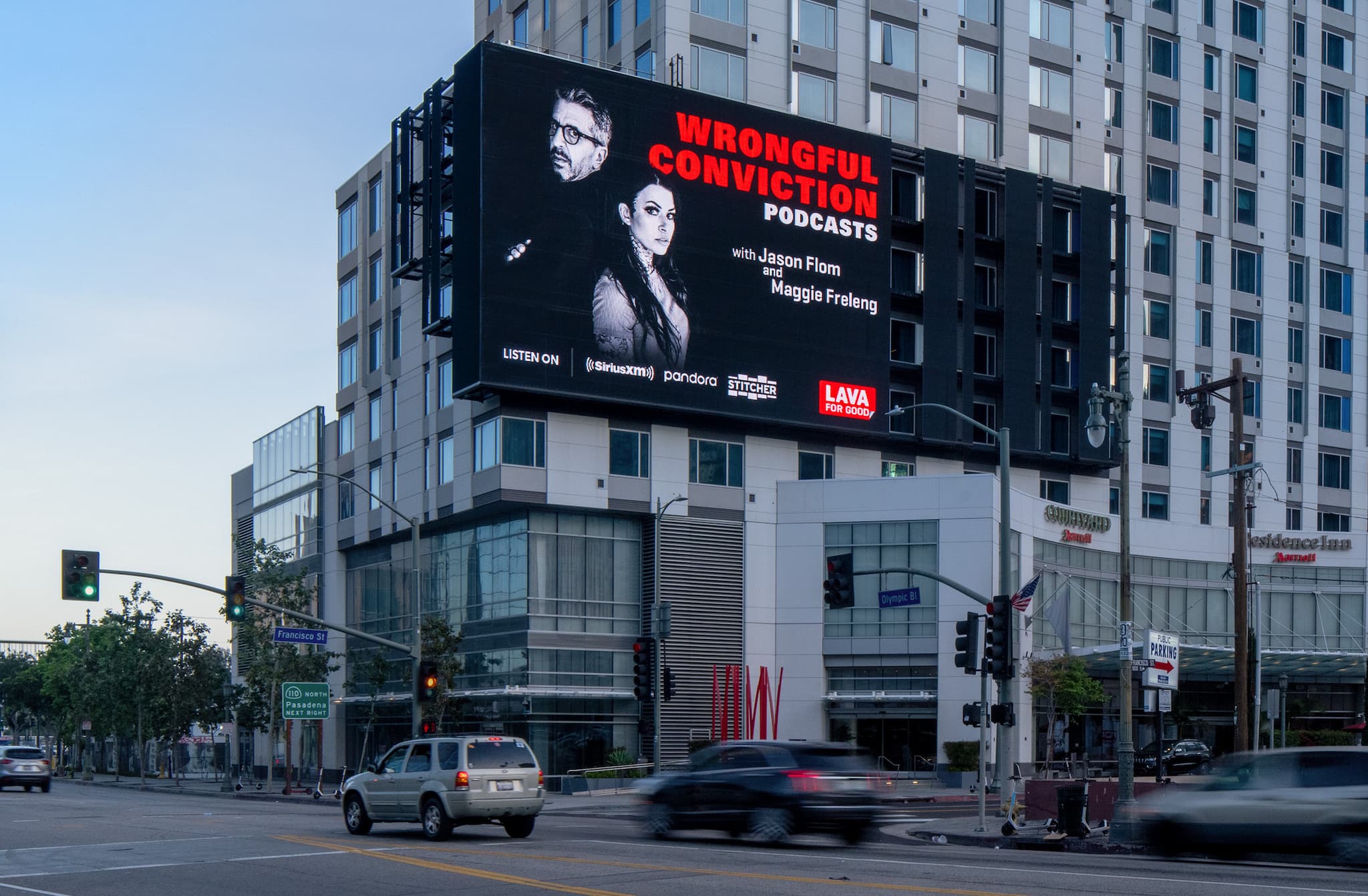 Kevin Wortis sends us his billboard for Wrongful Conviction, by Lava for Good, in Los Angeles CA, USA (yes, opposite the Podcast Movement Evolutions venue this year). The show interviews people who were in prison for crimes they did not commit.

Podcast advertising helps grow the whole medium - so if you’ve spotted any (or responsible for some), just hit reply and send us a nice picture.

Number one for podcasts - Jun 24