The data suggests we should work together to enhance podcast search, make more video podcasts, and normalise paid-podcast promotion, says Caila Litman in this week’s Sounds Profitable, with Podsights. It’s her latest Good Data post, with data from across the podcast industry. You should subscribe.

Cleanfeed: Online podcast recording — Record live with anyone in the world. Unlimited recording is free.

Looking to expand to Spanish content? — We are a Mexico City based podcast production company ready to help you create and expand your audience. We know the region. Send me an email at david@genuinamedia.com or fill out a contact form

Moves and hires - with The Creators, from Sounds Profitable

Sounds Profitable, in partnership with Edison Research, has put together the first credible study of the profile of podcast creators in America. This is an incredibly important benchmark in the history of podcasting and a data set that we intend to turn into a yearly franchise to track trends and changes in the creator space. Sign up to the webinar, free

RedCircle is the only podcast hosting platform built for independent content creators. With RedCircle, creators don’t have to compromise independence to start earning more. Start to monetize today

Everything is a climate story. Founded by two veteran climate journalists in 2021, Post Script Media makes podcasts at the intersection of climate with culture, politics, business, tech, and more. Learn more about Post Script Media
From Post Script Media: Climavores is a show for eaters who are trying to navigate the complex relationship between healthy food and a healthy planet. Hosted by journalists Tamar Haspel and Mike Grunwald, they explore the complicated, confusing, and surprising relationship between food and the environment.
Alzheimer’s disease affects 1 in 9 people globally. Alzheimer’s Podcast is launched today by Mission Based Media, to hear insights and information for those who are diagnosed with Alzheimer’s disease and the people who care about them.
The Martha Stewart Podcast is new today from iHeartRadio - Martha will sit down with influential people she has met along her successful and storied career, discussing their paths to the top and the lessons they have learned along the way. Her first episode, released today, is with Snoop Dogg.
The podcast all about language, The Allusionist, is doing live shows in Australia next month: all the big cities, like Sydney, Melbourne, um, Canberra and, well, Adelaide. Helen. Australia’s third biggest city says hi, Helen. Hello! We’re up here! You know, where the Olympics will be in 2032? Begins with a B. Anyway, the show is also in Auckland in New Zealand (pop 1.65m, which is significantly smaller than 2.3m, but make your own choice, don’t mind about us).
The Sound Off Podcast has Arielle Nissenblatt as its latest guest. “I want more podcast listeners. I want more people to listen to podcasts, and more people to listen to podcasts regularly”, she says to Matt Cundill, and we discover she is a big fan of 107.1 The Peak. 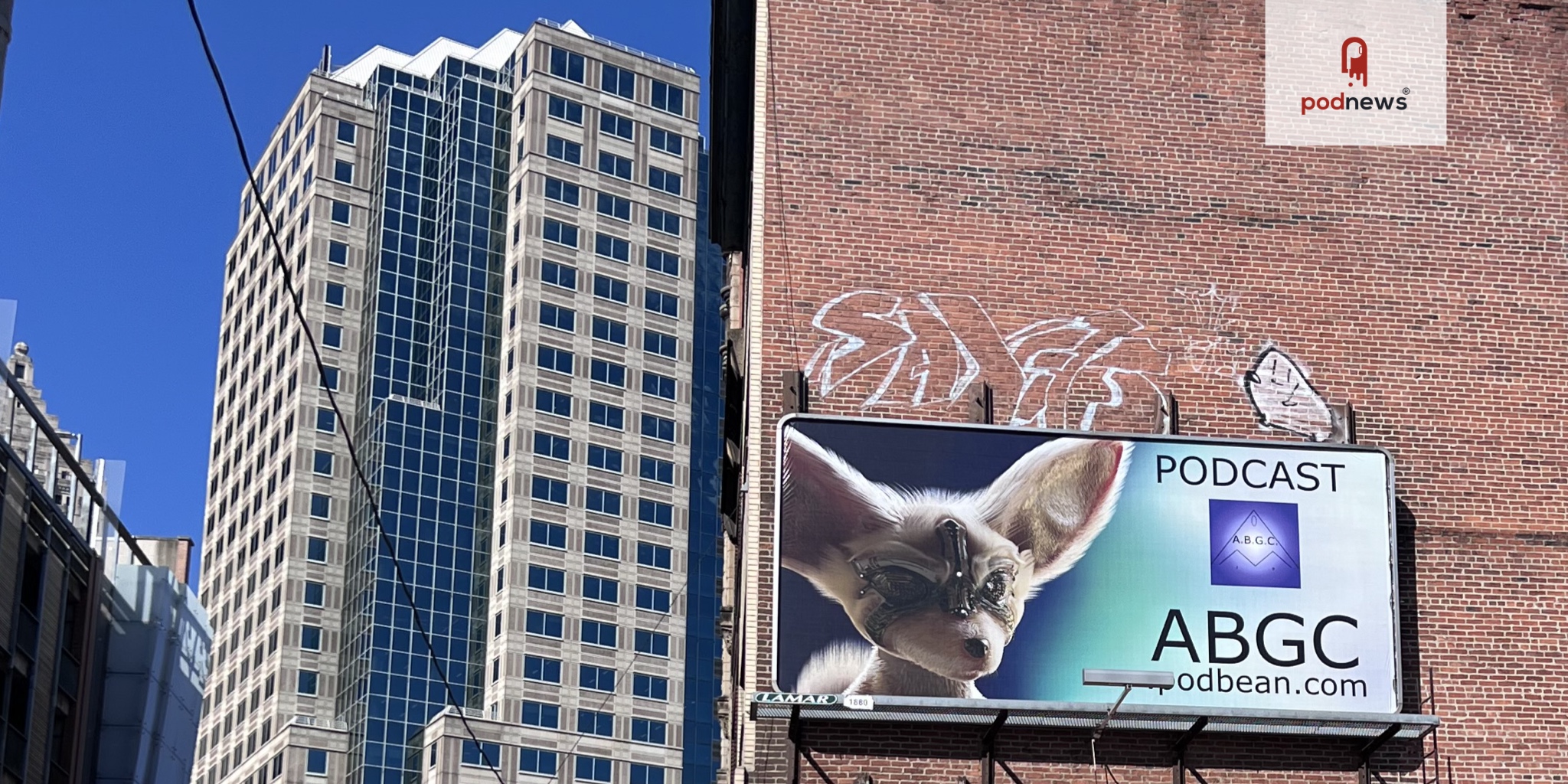 Here’s a billboard in Pittsburgh PA, USA, spotted by Jeff Rutherford for the ABGC podcast - a “riveting tale of half-human half-animal characters abducted by the military and forced to live on a grim space station, where they are surgically altered and ordered to pilot their space ships to defend Earth and its surrounding space from hostile invaders”.

Anyone want to share some nice podcast billboards with us? Just hit reply with a nice picture.

Number one for podcasts - Jun 22