🤷‍♂️ Not sure if a podcast is brand safe? Or suitable? Use Barometer to feel confident in what you’re buying. Get a free audit of a podcast today.

How do I write a book & sell a book? 🤔 — The Bleeders is a podcast and newsletter (slash support group!) trying to figure that out. Tune in for demystifying conversations with authors, agents, and editors about book writing and publishing.

Audio Editing Made Easy! — Easily record, edit and publish professional-sounding podcasts without the technical hassle. Get your 3-MONTH TRIAL and receive a 30% DISCOUNT on the 1st year of a Hindenburg PRO annual subscription!

CBC is a global leader in high quality audio storytelling. This month in Podnews, we’re proudly sharing our top 20 most downloaded podcasts of the year. Thanks for listening - check out @cbcpodcasts for more!
From CBC Podcasts: #19 is: Tai Asks Why Tai Poole won’t rest until he’s uncovered the mysteries of the universe, one probing question at a time. In this Webby-winning series, the 15-year-old talks to everyone from NASA scientists to stand-up comedians.
Better Than Yesterday, with Osher Günsberg has hit ten million downloads according to Acast. “My podcast has allowed me to make public a part of me that none of my TV jobs allowed me to show,” said Günsberg; he started the podcast in 2013.
Transit Unplugged is celebrating its fifth anniversary, and the host Paul Comfort is launching season six with an interview with Rich Davey, President of New York City Transit, New York MTA. The show has produced 225 episodes. 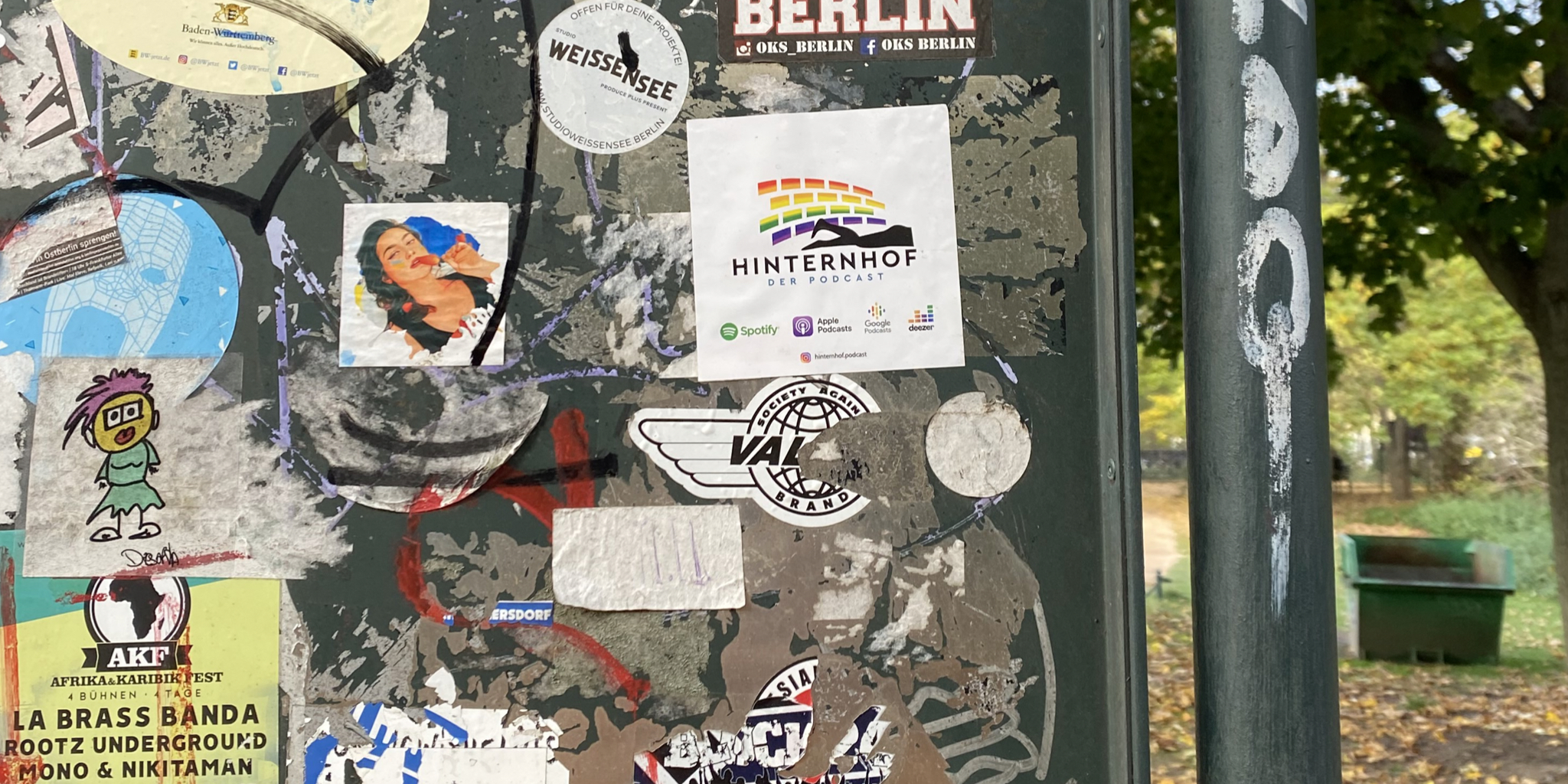 Spotted by Arielle Nissenblatt, a sticker for Hinternhof, an LGBTQ and couples podcast. These stickers haven’t been just stuck anywhere: this one is in the Tiergarten in Berlin, Germany, close to Denkmal für die im Nationalsozialismus verfolgten Homosexuellen.

Number one for podcasts - Nov 2