SBS announces that in 2023, its radio offering will become SBS Audio to reflect its full cross-platform offering across more than 60 different languages. 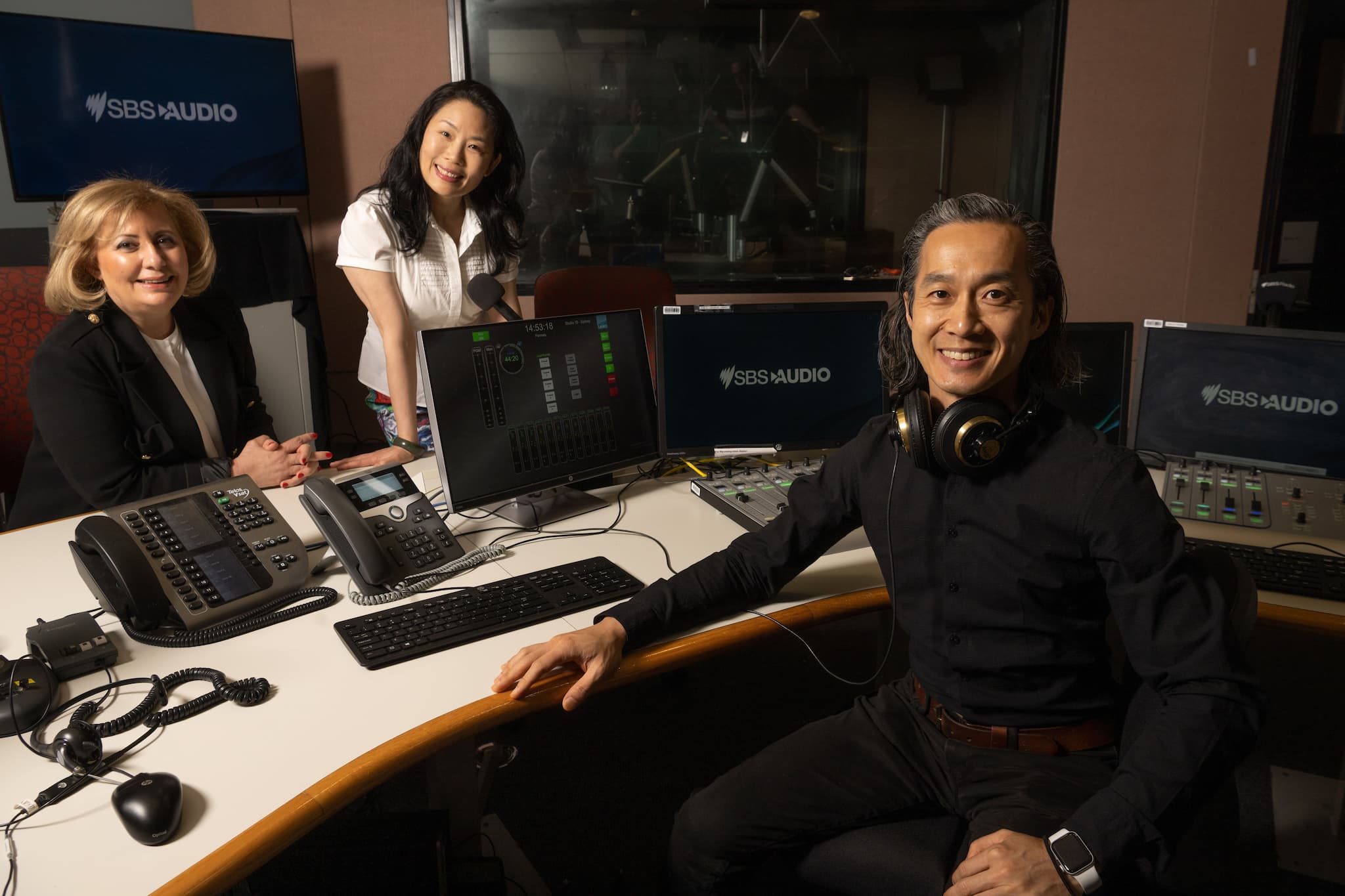 “Today, SBS’s audio offering is not just a linear radio network - we have transformed into a truly platform agnostic multilingual audio and digital broadcaster and publisher, and we are continuing to evolve our services for an increasingly diverse Australia,” said Hua.

“Every week we broadcast more than 262 hours of original audio content and publish hundreds of articles in more than 60 languages. We are rapidly seeing audiences embrace audio streaming and podcasting, with more than six million streams and podcast downloads every month.”

Hua noted the unique position SBS Audio has in the Australian media landscape because of its distinctive content and its connection to Australian communities.

SBS Audio serves the more than 5.5 million Australians who speak a language other than English at home, as well as providing content in English, and for those learning a new language. It also has three music channels (SBS PopAsia, SBS PopDesi and SBS Chill) that engage all Australians through music and culture from around the world. SBS Arabic24 and SBS 中文 (SBS Chinese) provide comprehensive services for Australia’s largest language communities across a growing audio and digital offering.

“The change to SBS Audio in 2023 reflects that, at a time when every publisher and broadcaster is pivoting to audio and podcasting, SBS is already well established.,” Hua said.

“Our biggest podcasts are among the most listened to in Australia. The Handmaid’s Tale isn’t just a force on SBS OnDemand, our companion podcast, Eyes on Gilead, has hundreds of thousands of downloads each season, and tops charts globally.

“Or our podcast which expresses The Uluru Statement from the Heart, in over 80 languages (including 20 First Nations languages), has been downloaded more than 200,000 times in just the last three months alone.

“SBS Audio’s ability to speak to audiences in over 60 languages, and our connection with the communities we serve built on more than 45 years of broadcasting, continue to be our special superpowers.” 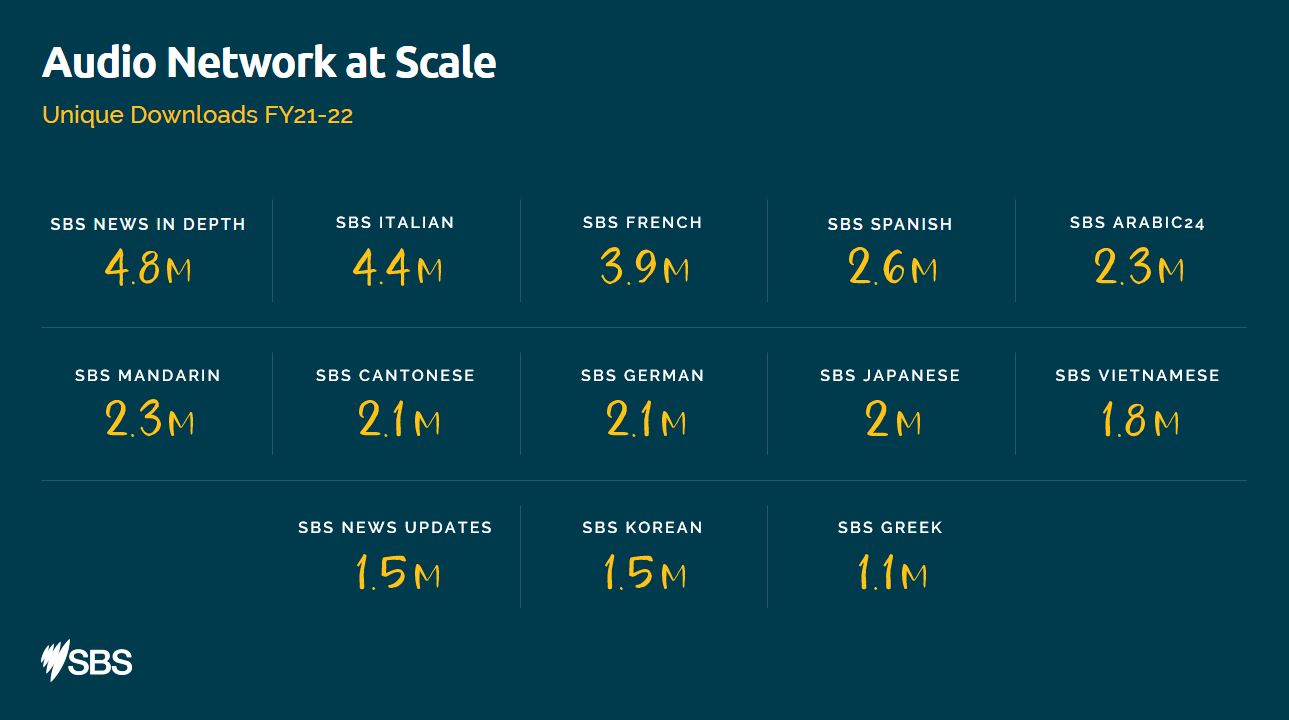 For brands, the shift to digital opens up new opportunities with pre-roll and mid-roll advertising across SBS’s audio network.

“There is a large, highly engaged audience tuning in,” said Adam Sadler, Director of Media Sales, SBS. “The benefit of this shift is we are able to reach specific and highly engaged communities in a way which is both highly effective and clearly measurable.”

In recent years, SBS Audio highlighted the power of its connection to diverse audiences, launching bespoke offerings such as the multilingual SBS Coronavirus Portal providing a place where Australians could access important information and the latest news in their preferred language. It includes explainers, infographics, and resources for communities and businesses, with audiences accessing the content more than 11 million times.

Last month, SBS launched a new online offering with Mind Your Health, a portal featuring articles, podcasts, and videos in multiple languages, aimed at providing Australians from multicultural and First Nations communities with wellbeing and mental health stories and pathways to support.

“SBS began more than 45 years ago as radio programs in a handful of languages, and has evolved to become an innovative, multi-platform media network,” said Hua.

“We continue to evolve, and today’s announcement demonstrates that SBS Audio’s offering is not defined by the medium of delivery but by its connection to the communities and the audiences it serves.”

SBS Radio will transition to the new name of SBS Audio in early 2023.