SXM Media is #1 for podcasts

Listen To Clipped, A Podcast Teaching Podcasting — Clipped brings you podcast production tips, education, and industry resources, to help you navigate the podcast industry. Supercharge your podcast skills by listening to Clipped every Wednesday.

Tips and tricks - with Blinkist: powerful ideas in fifteen minutes

Join now and start upleveling your small talk game. Get access to over 5,000 book titles alongside 20 million other readers. Save 25% on a Premium Subscription

Democracy Decoded, a podcast by Campaign Legal Center, examines our government and discusses innovative ideas that could lead to a stronger, more transparent, accountable and inclusive democracy.
Flex & Froomes on CADA, a podcast and radio show from an Australian radio station, has hit one million downloads within the first six months. The show has also been recognised by podcast awards and by Vogue magazine.
Irish horror fiction podcast Petrified starts up again in January, with some additions to the cast list - actor Cecil Baldwin, best known for voicing Cecil Palmer in the cult hit podcast Welcome to Night Vale, and New York filmmaker Larry Fessenden, director of films such as Wendigo and The Last Winter and actor in Broken Flowers and Bringing Out the Dead amongst others, are the first American actors to join the cast of the award winning podcast.
Acast and Self Financial have launched Self., a six part branded podcast series. In each episode, Money Mindset Coach Jacent Wamala will highlight real stories from diverse voices about challenging their own relationships with money to build a better future for themselves, their loved ones and their communities.
Undetermined is new from Tenderfoot TV and Resonate Recordings - an investigative podcast into the case of 42-year-old Jessica Easterly Durning, who went missing from her New Orleans home in 2019 and whose death is still officially classified as 'undetermined’. 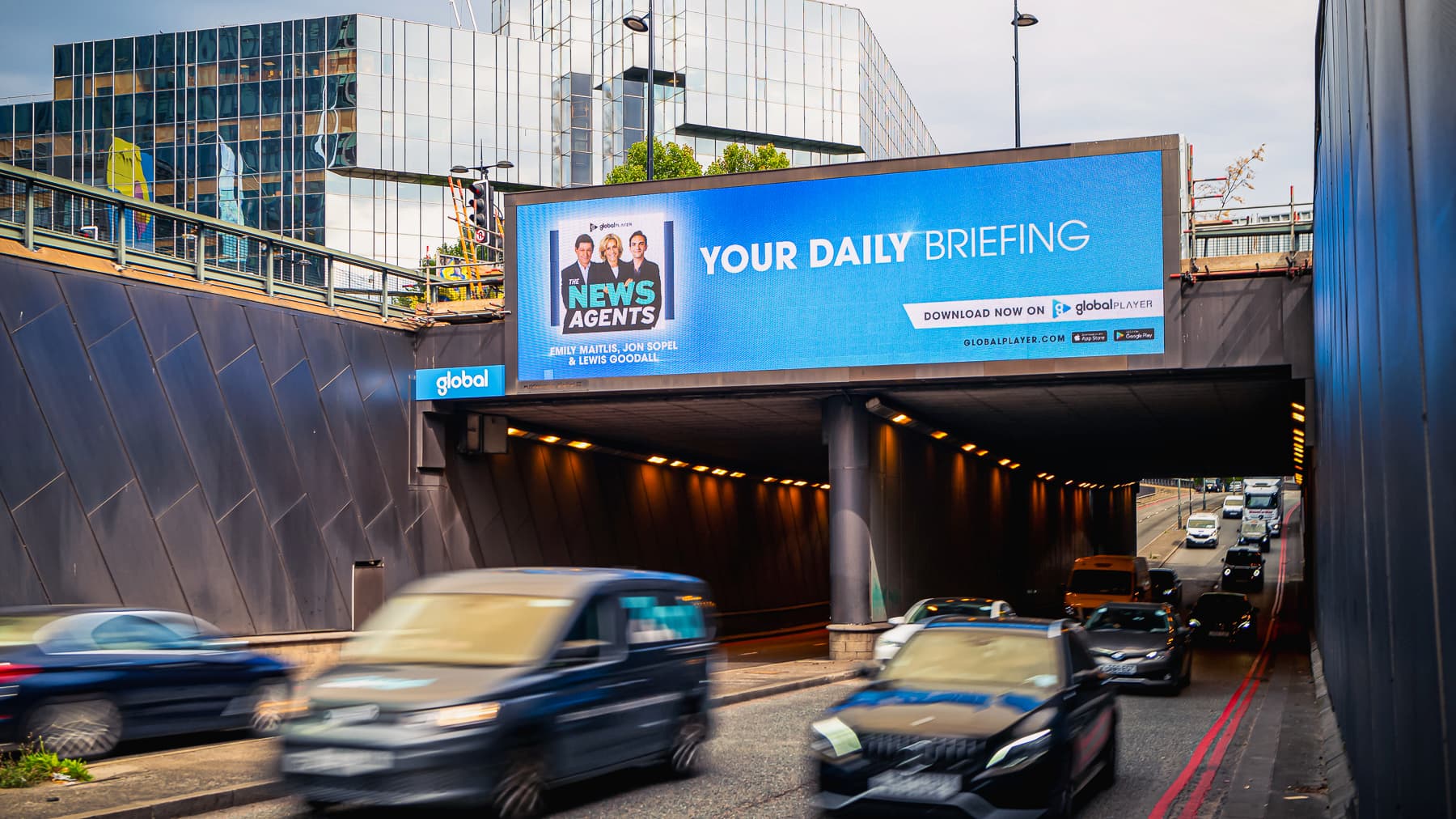 This billboard for The News Agents, on the Euston Road underpass in central London, was shared by the podcast’s publisher, Global. It is also one of the UK’s leading outdoor media companies, including all the advertising on the London Underground. Global owns a number of radio stations including Capital Radio: which was originally based almost exactly on this spot (well, 50 feet to the north) on Euston Road, when it started broadcasting in 1973.