With 2023 fast approaching, discover what 10 leading brands predict podcasts will look like in 2023. And a very happy new year from the Quill and CoHost team!

Hardcore Soft Skills — Learn more about the other skills you need to succeed in your career with the help of an expert. In each episode a new skill. Listen and learn now.

🧑‍🎄 The Podcast Movement HOLIDAY sale is ON! 🎄 — Sign up for either of our 2023 events for a limited time to save over $200, PLUS be entered to win an awesome prize from our partner at Focusrite! 🎁 🎊

Listen now to the new podcast Wish I Knew where founders, CEOs, and leaders share stories on the risks they took that ultimately led to their growth.

Podbean’s Rob Greenlee makes a guest appearance on The Sound Off Podcast - but don’t worry, there are “No Podcast Predictions, Just A Look Forward”. There’s a transcript available on the website.
Dish, a podcast with Nick Grimshaw and Angela Harnett, has some special guests this Christmas - Downtown Abbey’s Hugh Bonneville, radio’s Annie Mac, and morning TV stars Dermot O’Leary and Alison Hammond will be enjoying seasonal favourites and serving up a warm helping of chat, probably.
It’s the season finale for the seventh season of Heavyweight today. The show is produced by Spotify’s Gimlet, and the last episode of the season will hear the story of an unlucky branch of the Elliott family seeking to lift a curse placed on them by the Archbishop of Glasgow in 1525. 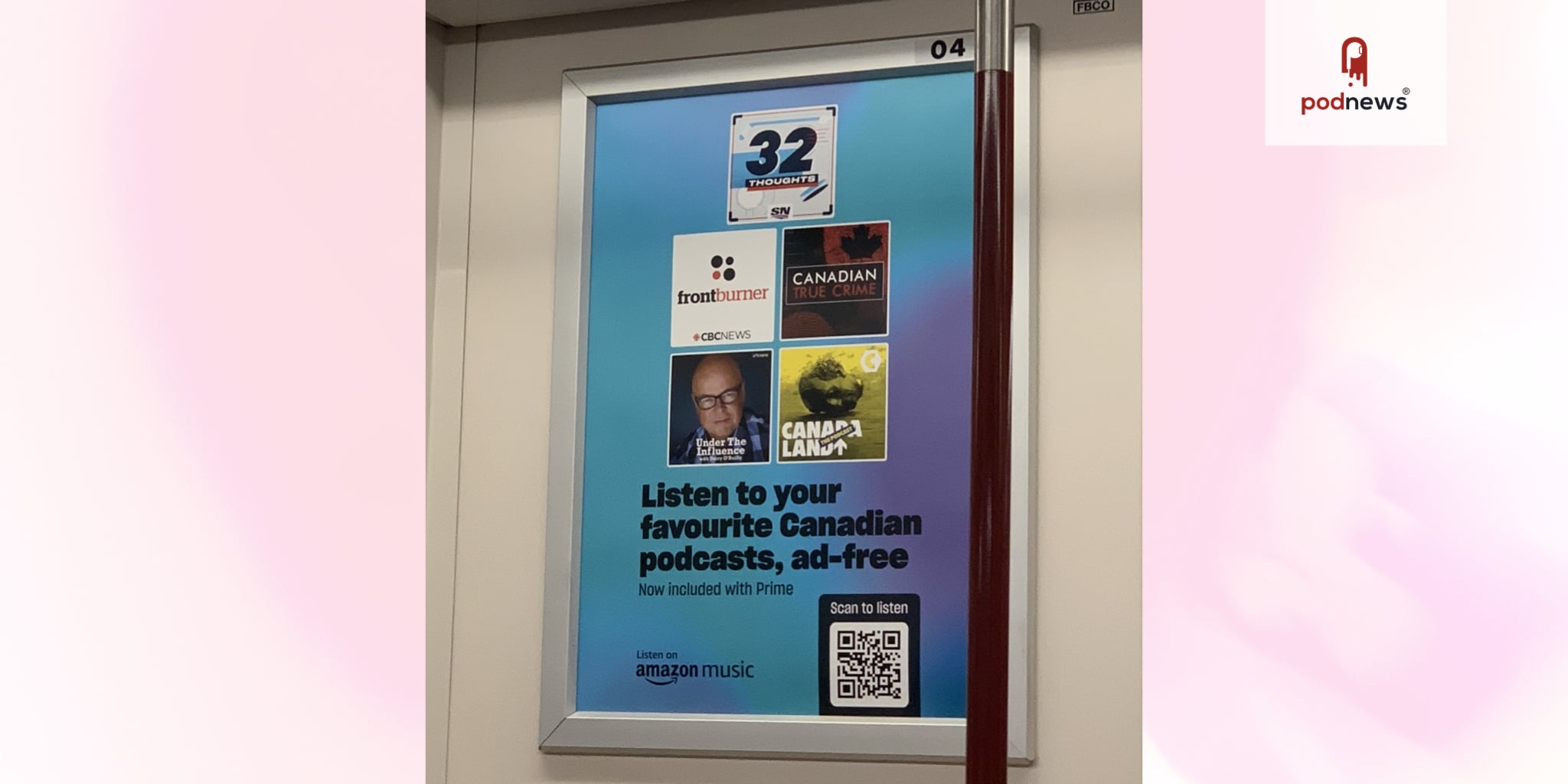 Running on subway trains and trams in Toronto ON, Canada, Terry spots these ads for Amazon Music’s ad-free offering. Toronto’s subway system was Canada’s first, opening in 1954; Toronto is also the home to the world’s first batteryless radio, built by Rogers, a company that now sells mobile phones which can be used to stream live radio, making their batteries run down faster. Progress!