At Pod People, we believe that audio is the future of marketing. We can help you build your show, find your audience, and grow your brand by leveraging the power of sound.

Getting less than 1,000 downloads per episode? — Download your FREE Podcast Growth Scorecard! This tool helps you focus your podcast marketing so that you can spend your time on the marketing activities that have the most impact on podcast growth.

Podcast Hosting starting at $9 — The Podcaster's Utopia. I mean, seriously. Disctopia offers podcasters the most features and flexibility of any podcast hosting platform.

🌞Summer: the best time to optimize your podcast🌞 — While many podcasters are taking a break, smart ones are taking advantage of summer to re-work their show and episode descriptions to optimize the visibility of their content with Voxalyze.

Tips and tricks - with Podscribe

The essential tool to verify your podcast and YouTube ads run correctly. Audit a campaign for no-cost today.

Pushkin is dedicated to producing audio in any format that challenges listeners, encourages their curiosity and inspires joy. Check out Pushkin’s top-rated podcasts and audiobooks.
From Pushkin: Coming Oct 11: Bad Women: The Blackout Ripper The seldom-told story of women in World War Two who were killed not by the enemy, but by husbands, lovers and strangers wearing the uniform of their own side. The stories are numerous and shocking - yet they’ve somehow been erased from memory.
Chat Sh!t: The Official Rap Sh!t Podcast is brand new from HBO Max - a companion podcast to Rap Sh!t with Jessie Woo and Zach Campbell. It’s produced under HBO Max’s “Scene in Black” initiative – celebrating Black creators and audiences – and in partnership with Loud Speakers Network and Issa Rae’s Raedio
If you like learning about new podcasts in Podnews, you can now get this section as a podcast itself. New Podcast Trailers is available in your favourite RSS podcast app. 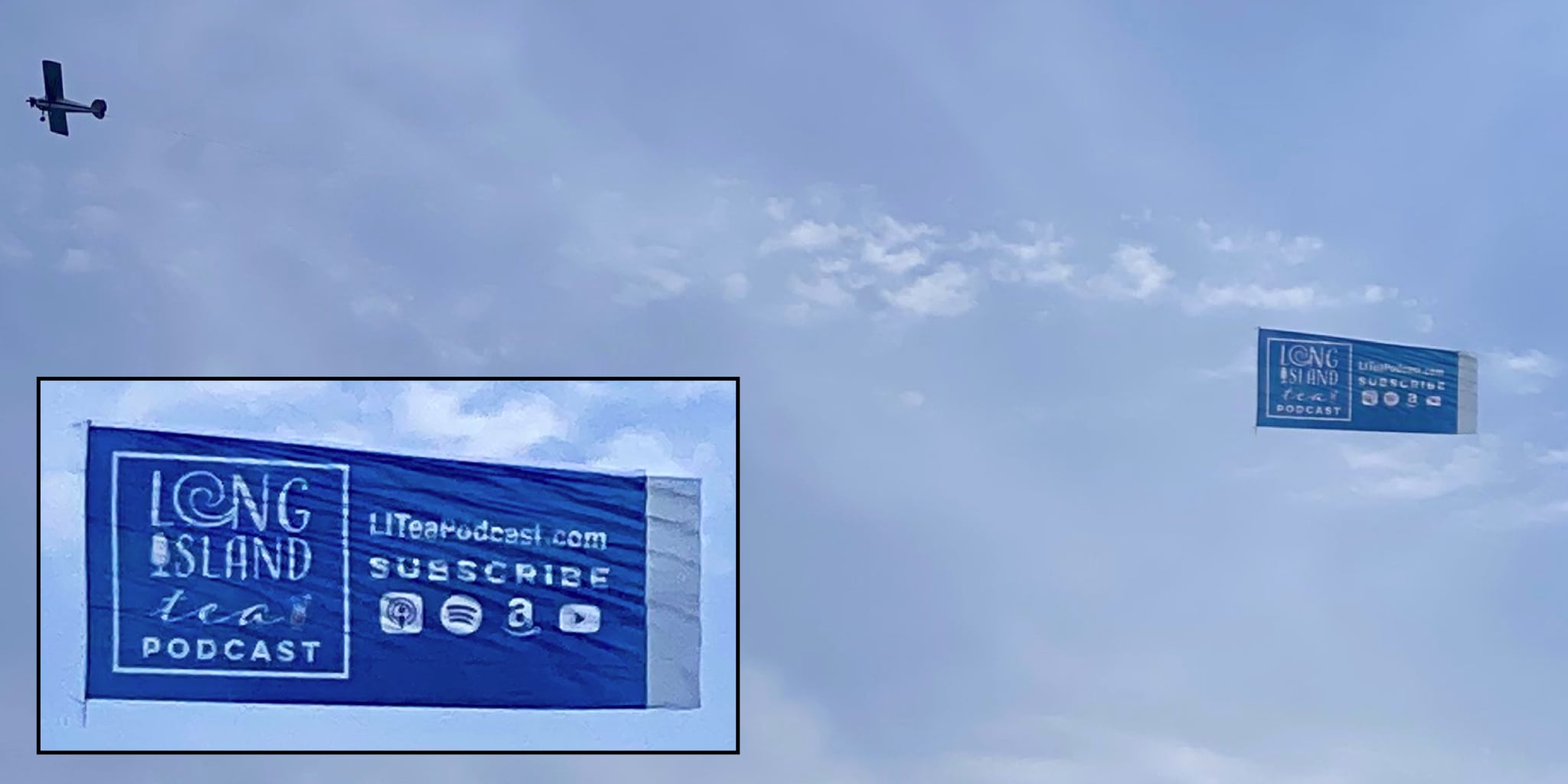 For our final “podcast ads in the wild” feature for now, this was spotted by Ashley Carman (yes, that one), presumably over Long Island somewhere: a plane dragging an ad for the Long Island Tea podcast. For all its brashness, we’d note that it’s quite sophisticated: the artwork has been modified to add the word “podcast” and be more readable from 1,000 feet. The aerial billboard also has the word 'subscribe’, and icons for Apple Podcasts, Spotify, Amazon and YouTube, as well as a website address: no doubting what it is (though not that clear that it “dishes the best from the destination, seasonal adventures, insider tips, mishaps and more”). We thank Ashley for letting us reproduce it.

Number one for podcasts - Jul 19