Freelance Audio Engineer — Credits for major series. Specialist in remote production and post-production for podcasts and audio-on-demand. Consult. Sound design. Edit. Mix. Assist with any aspect of your production workflow.

80% of podcasters make $0.00 from their show! — Start converting more podcast listeners into happy clients. The Podcasting Business Bootcamp is ideal for podcasters that want more audience members to purchase their programs, products, and services.

The world's largest conference for podcasters — returns this summer to Dallas! 💣 🎉 PRICES GO UP THIS WEDNESDAY to join thousands of podcasters at the one can't-miss podcast event of the year: Podcast Movement 2022. Plus code PODNEWS saves $50!

Thank you to our many personal Patreon supporters, who from today we’ll mention below. We’re grateful to you for your support of our journalism. (You can join the list here).

The Tech Stuff - with RSS.com

RSS is open. RSS is safe. RSS is reliable. RSS is simple. RSS is powerful. RSS is extensible. RSS is podcasting. Get your RSS feed at RSS.com or wherever you host your podcast.

Pushkin is dedicated to producing audio in any format that challenges listeners, encourages their curiosity and inspires joy. Check out Pushkin’s top-rated podcasts and audiobooks.
From Pushkin: Entrepreneurs and engineers describe the future they’re trying to build – and the problems they have to solve to get there. In What’s Your Problem?, former Planet Money host Jacob Goldstein breaks down the problems really smart people are trying to solve right now.
Blum is an audio fiction thriller which has topped the charts in Spain. A mockumentary format, it features popular actors from the country. It’s a branded podcast, set in Switzerland and supported by Switzerland Tourism; but has been one of the most popular podcasts in the country since it was released. It was produced by El Extraordinario.
The Program audio series has hit 400,000 downloads, 2.5 years after its release. It has joined the Rusty Quill network, who will distribute the series, sell advertising, and promote it to new audiences.
The Loyalists, a sci-fi audiodrama set in the year 2053 during the second American civil war, has just posted its season finale. It features a large cast of voice and theatre actors from Los Angeles, and released its first episode in 2017.
Think Fast, Talk Smart is new from Podium Podcast Co and Stanford Business Podcasts, and provides the tools, techniques, and best practices to help you communicate more effectively - how to send your message clearly when put on the spot, or write emails to get your point across.
Media Circus with Kim Goldman is new today from Kast Media, taking an inside look at private tragedy in the public eye, and explores how the media got it right, got it wrong, and got in the way. It promises a 'fresh, behind-the-scenes look into high profile crimes you think you know, told by the victims and their families who were thrust into the spotlight in their most vulnerable moments’. 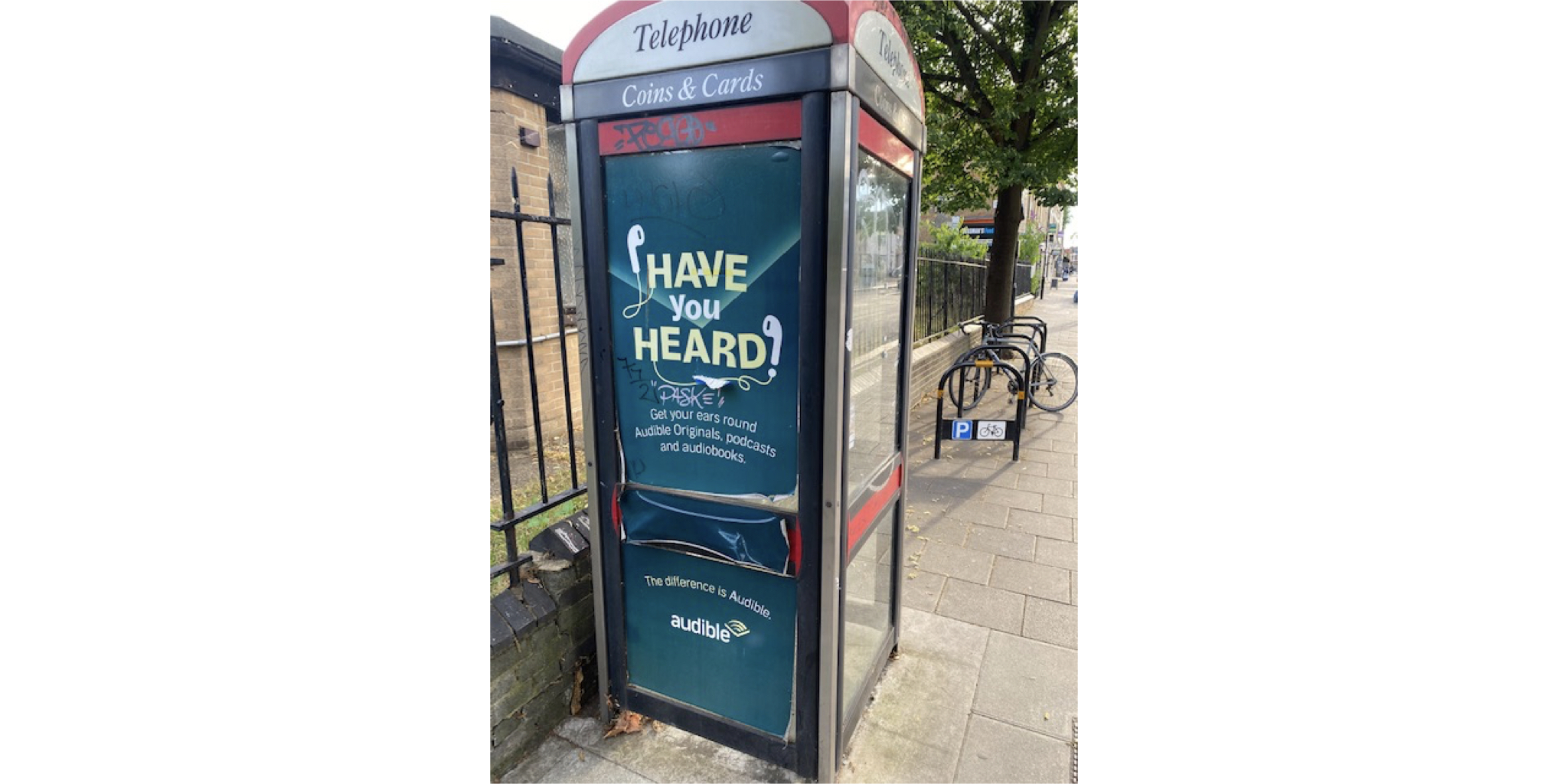 Another spot for some Audible advertising, though this - in Kilburn Lane, London NW9 - is rather the worse for wear. Google suggests it’s been there since February this year.

Number one for podcasts - Jul 11