Be the first to see the advertisers on Magellan AI’s movers and shakers list for December. Register for the free webinar

Business & Legal Fundamentals For Podcast Growth & — What if getting the "legal stuff" for your podcast was fast, easy and do-it-yourself-able? Join The Podcast Lawyer™ Gordon Firemark for this free online workshop. Monday, January 16th 9am PDT

We’re a queer-owned, full-suite production studio working in Canada, the US and the UK. We can help you make a podcast, or add to your playlist with one of our Original shows.
From editaudio: The Teardown Activist and tattooer Vegas Ink chats with fellow artists about everything from owning a shop, to dating as an artist and finding work/life balance.
The Grind: A Business Podcast launches today, promising “realistic strategies for entrepreneurs”. Hosted by Gillian Tietz, the show is all about persevering, iterating, and strategizing so you don’t quit on your dream.
How To Fail With Elizabeth Day returns today for a new season, and has revealed that it has hit 35 million downloads. The award-winning show focuses on public figures who have all suffered some failure along the way; it was part-funded by the sale of the wedding dress from her (failed) first marriage. It’s also inspired three books, and a sell-out live tour. 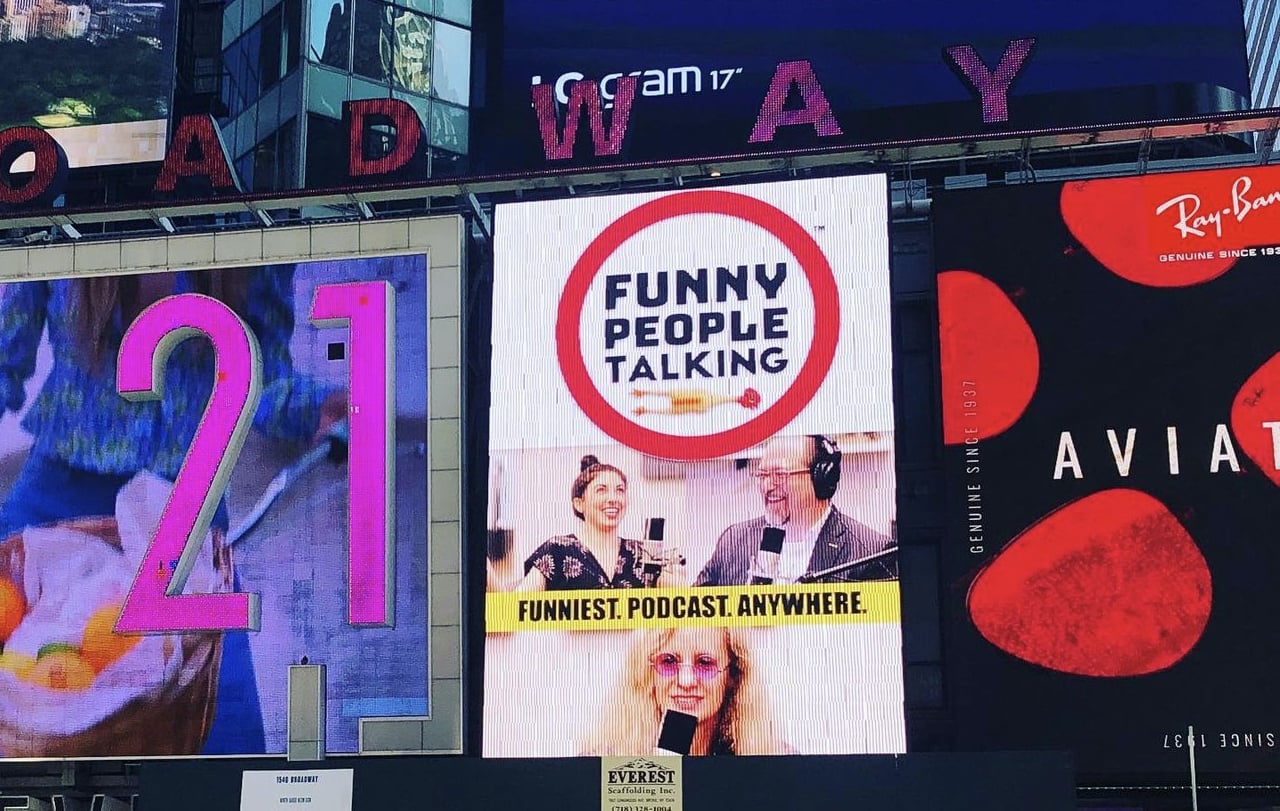 Marc Raco sends us, from February 2020, the podcast Funny People Talking on a billboard in Times Square, New York City, NY. He says: “Here’s why I’m sharing it, even with the passage of time - it was easy and very inexpensive to do, through Blip Billboards (I think I spent maybe $100-200 for this to be in rotation on that billboard for a day). They have digital billboards in many places and, again, they are cheap. Whether effective or not, they are a great tool for social media content, added value to advertisers, or just an ego boost.”

Radiodays Europe is the meeting point for radio, podcast and audio. Bringing together over 1,500 visitors from 65 countries over 3 days, in Prague 26-28 March 2023
This section is continually updated. Data: Podevents. See more and add yours, free