Announced: another season of Batman Unburied

SECURITY ADVISORY: If you are a podcast host or directory, and have any redirects or links pointing to panoply(dot)fm feeds or websites, we would suggest removing them to protect your visitors (and your SEO). Spotify, which now owns Panoply - now known as Megaphone - allowed this domain name to lapse earlier this year, and it has been purchased by a company that hosts viruses and malware. We’ve removed all links.

Subscribe to Podcast Review — A free newsletter bringing you five great podcast episodes every week. Enjoyed by 8,000+ subscribers, including staff from NPR, Spotify, and The New Yorker.

Follow the Cultivating Spiritual Curiosity Podcast — Join our out-of-the-box spiritual conversations recorded LIVE with experts in the field! Topics include channelled messages from spirit guides, the after life, mediumship, consciousness and MORE!

Everything is a climate story. Founded by two veteran climate journalists in 2021, Post Script Media makes podcasts at the intersection of climate with culture, politics, business, tech, and more. Learn more about Post Script Media
From Post Script Media: Every food decision is a tradeoff for the planet. In the premiere episode of Climavores, journalists Tamar Haspel and Mike Grunwald answer a complex question: What should we eat to be responsible humans on a warming planet? The answers aren’t always obvious.
You Ain’t Seen Nothin’ Yet has joined ARN’s iHeartPodcast Network Australia. The show, with comedian Peter Helliar, features chats with celebrity movie lovers about classic and beloved films they haven’t quite got around to seeing… until now.
New Home is new from Australia’s SBS this week. Hear from migrant and refugee women who are quietly building new lives in regional Australia, making friends, and finding community - setting the record straight from the sensational headlines, fear campaigns and dehumanising language that’s part of the conversation about migrant and refugee communities settling in Australia.
My Cat’s Tale is brand new from Ewan Spence, a BAFTA-nominated podcaster. It’s the tales of cats who have found their forever home and owners who have taken them into their lives, sometimes in surprising ways. 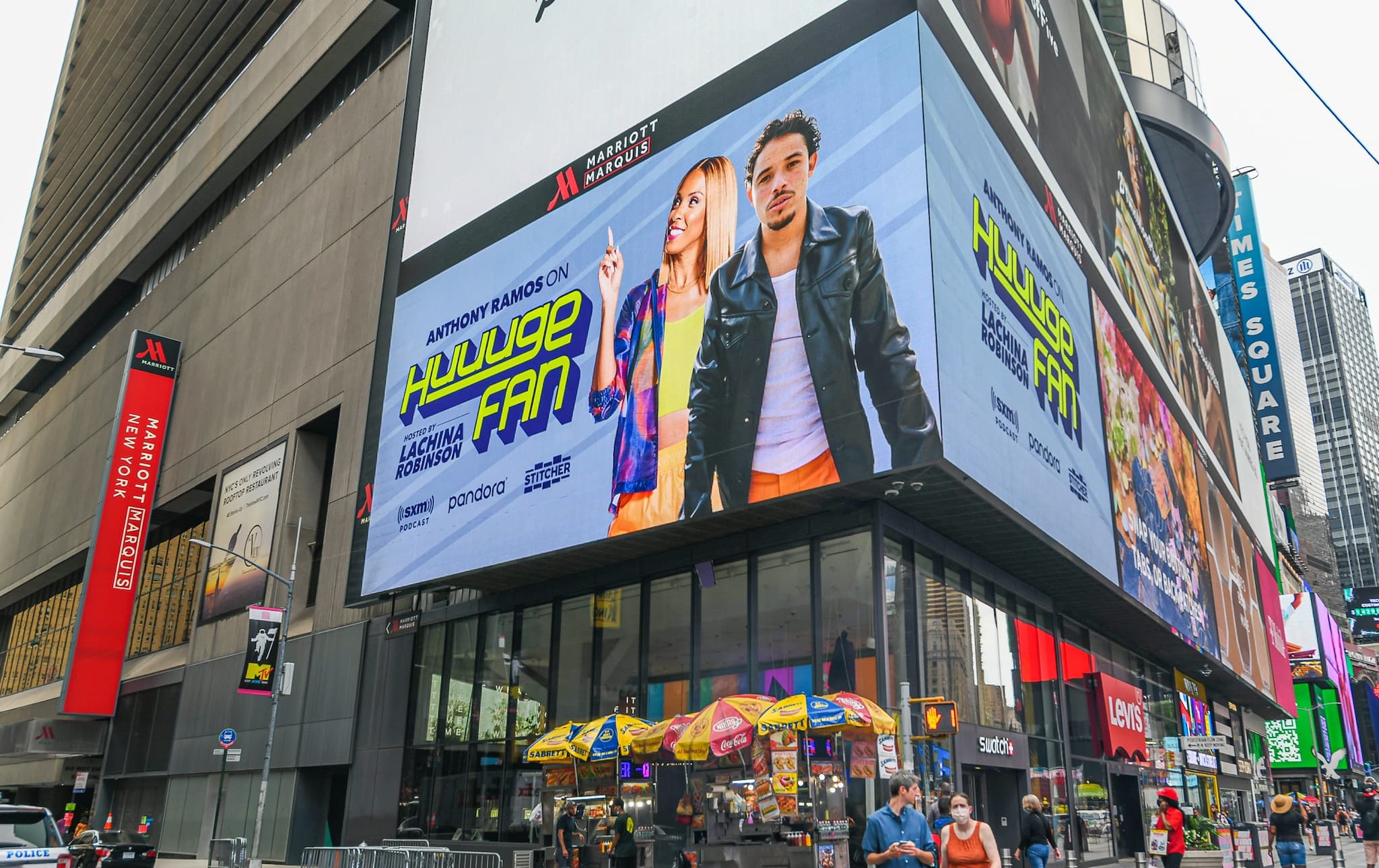 Podcast advertising helps grow the whole medium - so if you’ve spotted any, just hit reply and send us a nice picture.

Number one for podcasts - Jun 23

Pod Events - with The Creators, from Sounds Profitable

Sounds Profitable, in partnership with Edison Research, has put together the first credible study of the profile of podcast creators in America. This is an incredibly important benchmark in the history of podcasting and a data set that we intend to turn into a yearly franchise to track trends and changes in the creator space. Sign up to the webinar, free
This section is continually updated. Data: Podevents. See more and add yours, free